Back to all posts

On Memorial Day May 31st, 2021 Orion Swift performed live for the first time as Origins of Orion at Calypsos Coffee Roasters in downtown Couer d'Alene, Idaho. Those in attendance at the open mic weren't ready for the unique sound of Orion's music.

Long red hair hair flowing, dressed in a Liquid Dreams brand tank-top, an Alternative Apparel camo headband, Oakley glasses and trademark skinny jeans Origins of Orion took to the stage to play his song "Road to Freedom"  with authentic, aggressive, passionate singing, rapping and screaming. The first single Orion released as a solo artist, "Road To Freedom" continues to be the fan favorite. The local artist was the penultimate act on soundman Glenn's open mic stage followed by closer Olive, a local singer/songwriter.

Laura, a fellow musician and number one Beatles fan in possession of John Lennon's harmonica suggested that Orion reminded her of a modern version of Lennon. House barista Felicia, fellow performer Olive, and local poet "Toast," offered positive organic reviews of the performance. Glenn, who coincidentally printed Orion's promotional flyers the day before, described the artist’s sound as "interesting," and invited him to come back the following week when there will be more people in the audience.

And so it is that Orion will once again take to the stage to perform all of his songs free of charge on Monday June 7th 2021, paying his dues to the great city of Couer d'Alene at the Calypsos Coffee Roasters open mic.

Doors are at 5:00, the show starts at 5:30. Calypsos Coffee Roasters is an unpretentious, open environment, where music fans and coffee enthusiasts of all ages can gather for eclectic fun just blocks away from the city’s bustling downtown nightlife scene. 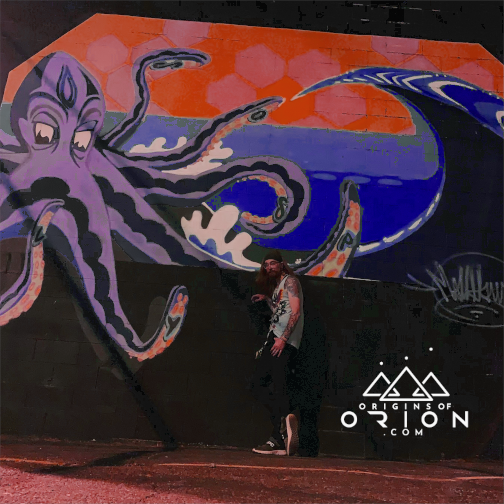